The Knights of Columbus

​History of the Silver Rose
Our Lady of Guadalupe did so much for her people in Mexico that, in 1960, the Columbian Squires,
a youth organization of the Knights of Columbus, wanted to give something back to her.
The group of young men in Knights of Columbus Council 2312 in Monterrey, Mexico, came up with
the idea of running a rose to the Basilica of Our Lady of Guadalupe in Monterrey, Mexico. The rose
was chosen to commemorate Juan Diego and the miracle of the roses, an important part of the story
of Our Lady of Guadalupe.
The first rose was a natural rose and was blessed by Bishop John C. Cody of London. It was then
flown to New York where it was received by Grand Knight Joseph Thomasen, who in turn, took it to
Supreme Knight Luke E. Hart. Mr. Hart then shepherded the rose to Dallas, Texas. There, Texas
State Deputy Jack Collerin received the rose and took it to Laredo, Texas, where it was finally given
to the Squires from Monterrey, Mexico, at the International Bridge in Laredo. They ran the rose from
the International Bridge through Sabinas Hidalgo N.L., Mexico, to Cienega de Flores and on to the
Basilica in Monterrey, Mexico, on December 12, 1960.
The Squires were so enthused by the success of this effort that they wanted to invite other Squires
from around the world to participate. They called on Squires from Texas and Ontario to join them.
The Canadian Squires asked that the journey of the rose begin in their home and move from there
through the United States, finishing at the Basilica in Mexico.
After a year, the first rose had decomposed, so a group decided to make a bronze rose that would
not age. When the Squires of Circle 660 in Monterrey heard of the bronze rose, they decided to
make a similar rose. Silver was chosen for this new rose because it is a precious metal of Mexico.
The first Silver Rose was blessed by Bishop Alfonso Espino Silva and sent to the Supreme Council
headquarters of the Knights of Columbus in New Haven, CT. Both the Bronze Rose and the Silver
Rose were received by Supreme Knight Luke E. Hart and were so admired by Archbishop Francis J.
Spellman of New York that he kept them for a special Mass before they were flown to Texas to once
again be turned over to brother Knights at the midpoint of the International Bridge.
After 1961, the program was conducted by the Knights of Texas and Mexico and the Our Lady of
Guadalupe Province of the Fourth Degree until the mid-1990s, when it was adopted as a Knights of
Columbus Supreme Council program. In 2001, Supreme Knight Carl Anderson expanded the Silver
Rose program further. “[This is] a perfect program for the Knights of Columbus,” said Mr. Anderson.
“Through it we honor not only Our Lady of Guadalupe and express the unity of the Order, but we
also reaffirm the Order’s dedication to the sanctity of human life. It is to the Blessed Mother that we
turn in prayer as we work to end the Culture of Death that grips our society. As we think in terms of
‘One Life, One Rose,’ it is most appropriate that we turn to Our Lady of Guadalupe who made known
her will through Juan Diego and the miracle of the roses.”
Today, eight roses run along different North American routes that include Canada, every U.S. state,
Puerto Rico, the District of Columbia, and Mexico. This tradition spreads devotion to Our Lady of
Guadalupe and embodies international brotherhood as jointly nurtured across the continent.
- From the Knights of Columbus Silver Rose Prayer Service Booklet 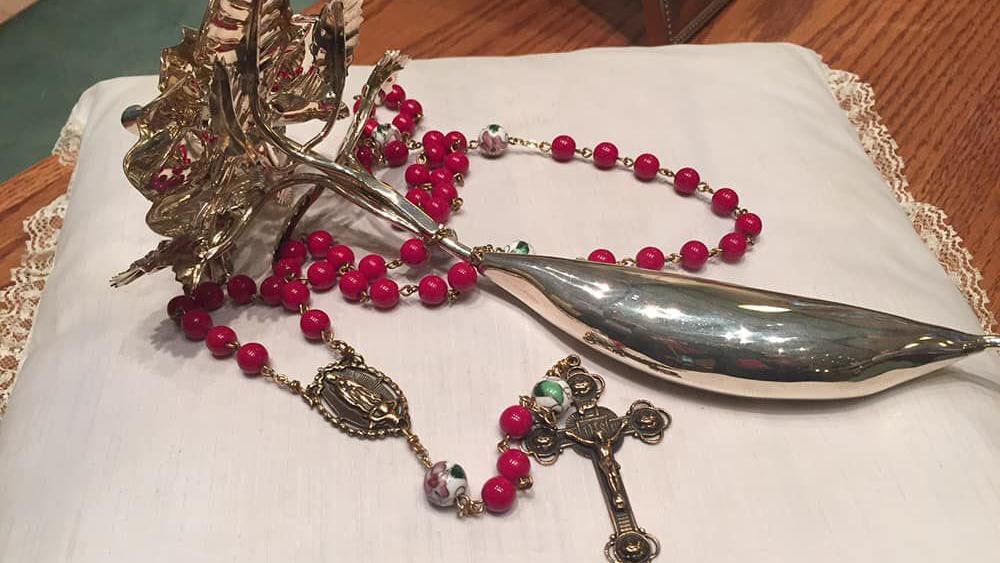